Edit
watch 01:36
We're Getting Mutants in the MCU - The Loop
Do you like this video?
Play Sound

Karakai Jōzu no Takagi-san (からかい上手の高木さん, Literally meaning "Teasing Master Takagi-san, Skilled Teaser Takagi-san") is an anime television series based on the Japanese manga series written by Sōichirō Yamamoto. The adaptation was announced in the August issue of Shogakukan's Monthly Shōnen Sunday magazine. The series is directed by Hiroaki Akagi at Shin-Ei Animation with scripts written by Michiko Yokote and character designs by Aya Takano, and officially premiered in January 2018, ending in March of 2018. An OVA episode was bundled with the manga's ninth volume which was released on July 12, 2018.

On January 9, 2019, Teasing Master Takagi-san Season 2 was announced, with an official announcement being made in the February 2019 issue of Monthly Shōnen Sunday. The second season aired from July 7, 2019 to September 22, 2019.

On September 1, 2021, Teasing Master Takagi-san Season 3 and a subsequent movie was officially announced on the official anime website after being teased with the release of Volume 16. The third season aired from January 7, 2022 to March 25, 2022. The movie is expected to premiere on June 10, 2022.

Season 1 was simulcasted by Crunchyroll, while Funimation officially streamed the series with an English dub.

Season 2 was released on Netflix Japan, with a worldwide release taking place in December 2019 for both the English sub and dub. 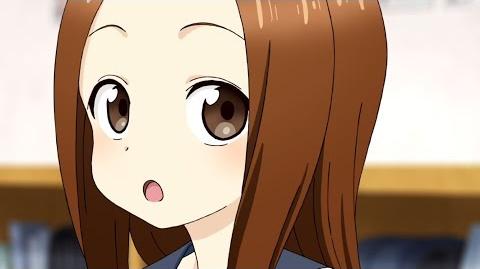 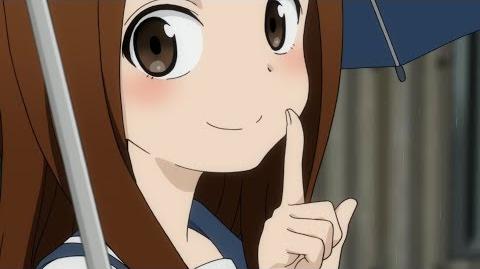 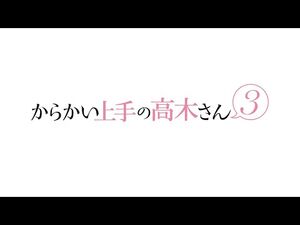 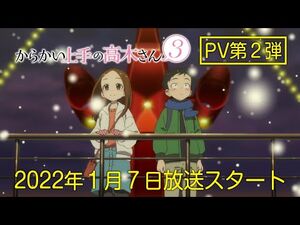